Broadcaster and art enthusiast Andrew Marr opened an exhibition of J.M.W. Turner’s original maritime watercolours and prints on Friday 21 May in the artist’s former home in Twickenham.

Turner’s English Coasts focuses on English marine and coastal subjects at a pivotal time in his career when he was living at Sandycombe Lodge – the house he designed and lived in between 1813 to 1826.

“This is a special place to have an exhibition like this,” said Andrew, remarking on how much he enjoyed viewing the exhibits in such an intimate space,

“ We are all aware of the huge, blockbuster shows …the problem with a blockbuster show is there is too much most of time. You have room after room and your feet get sore and your eyes glaze over and you feel slightly guilty because you are not looking properly.”

“ In a small show like this, in a domestic space, which Turner himself knew very well, you are able to dwell on a relatively modest number of absolutely beautiful pictures and look at them for some time in detail. And these are some of the most gorgeous works by Turner. They may be small but they are utterly gorgeous and everyone who comes here is going to be transformed by them.”

Top Andrew Marr studying A Shipwreck & in front of a portrait of J.M.W. Turner in the sitting room at Sandycombe Lodge, the artist’s former home. Photographs Kilian O’Sullivan

Andrew Marr, whose TV series, Great Paintings of the World, included a programme about JMW Turner’s The Fighting Temeraire last year said that while making the programme he had realised that,

“ All the great ships in Nelson’s navy were media stars in their own right in the Britain of Turner’s age. Everyone knew The Temeraire and the rest of them and their nicknames and stories, so when The Temeraire was towed to be broken up huge numbers of people poured down to the coast just to watch it go by and to say goodbye. When it was broken up huge quantities of oak and other timber were used all across London for making chairs, and pulpits for churches, everybody wanted a little bit of The Temeraire, which gives you a sense of the intimate relationship between the navy, the sea and the English people at the time Turner was making these pictures.”

Comparisons were made to current COVID-19 travel restrictions and The Napoleonic Wars from 1792 to 1815 which had forced British people to take staycations along the English riviera.

Andrew said, “This is absolutely the right time for a Turner sea show…because most of us are trapped on the island.”

“Turner was a great British patriot but he was not a xenophobe in any sense. For Turner, the regular trips to Switzerland and to Venice were absolutely essential to his art. And his looking at Italian and above all Dutch art again and again. He was always looking outwards, but his great love was for these islands and particularly the sea.”

“Before this was an agricultural nation or an industrial nation or a colonial nation, it was first and foremost a nation of seafarers, the whole country was looking at the sea. England gets her wealth, commerce and fishing, but also her security from the sea. The Navy keeps us secure at this period, which is why Turner is such an important national painter, because he is looking at this watery barrier that defines these islands. He went round all the estuaries and harbours and coasts looking at them in detail as you can see upstairs.”

Guest curator of the exhibition, Christine Riding, Head of the Curatorial Department and Head Curator of British Art at The National Gallery and formerly of Tate Britain and The National Maritime Museum said,

“I’ve worked on a lot of exhibitions…but this is the first time I’ve worked on an exhibition in a house that the artist actually lived in, and what makes it even more special is that he actually designed and built the house, so this is a really special moment for me to have that intimate connection between the work of the artist and the house where he lived.”

Christine explained how Turner enjoyed and was energised by the sea and maritime heritage, “This was someone who intimately understood, visited and immersed himself in these places and saw himself as a traveller artist and was very aware of past artists particularly Dutch artists of the 17th century and the misadventurer…experiencing storms to better understand the power of nature.”

“There was a lot invested in Turner’s responses to the sea; it’s not just about British tourism which developed during the Napoleonic war period…but also about British identity, about artistic identity and about the maritime nation, which is why the works upstairs are not only a very personal response but also a national response to the sea, so I’m hoping that is what people will get out of it.”

Other Turner experts attending the exhibition, hung in what is thought to be Turner’s father’s bedroom upstairs, included Franny Moyle,  whose biography, The Extraordinary Life and Momentous Times of JMW Turner was published in 2016 to critical acclaim and whose latest book The King’s Painter is published this week and was serialised this month on Radio Four’s Book of the Week  had this to say of the exhibition, 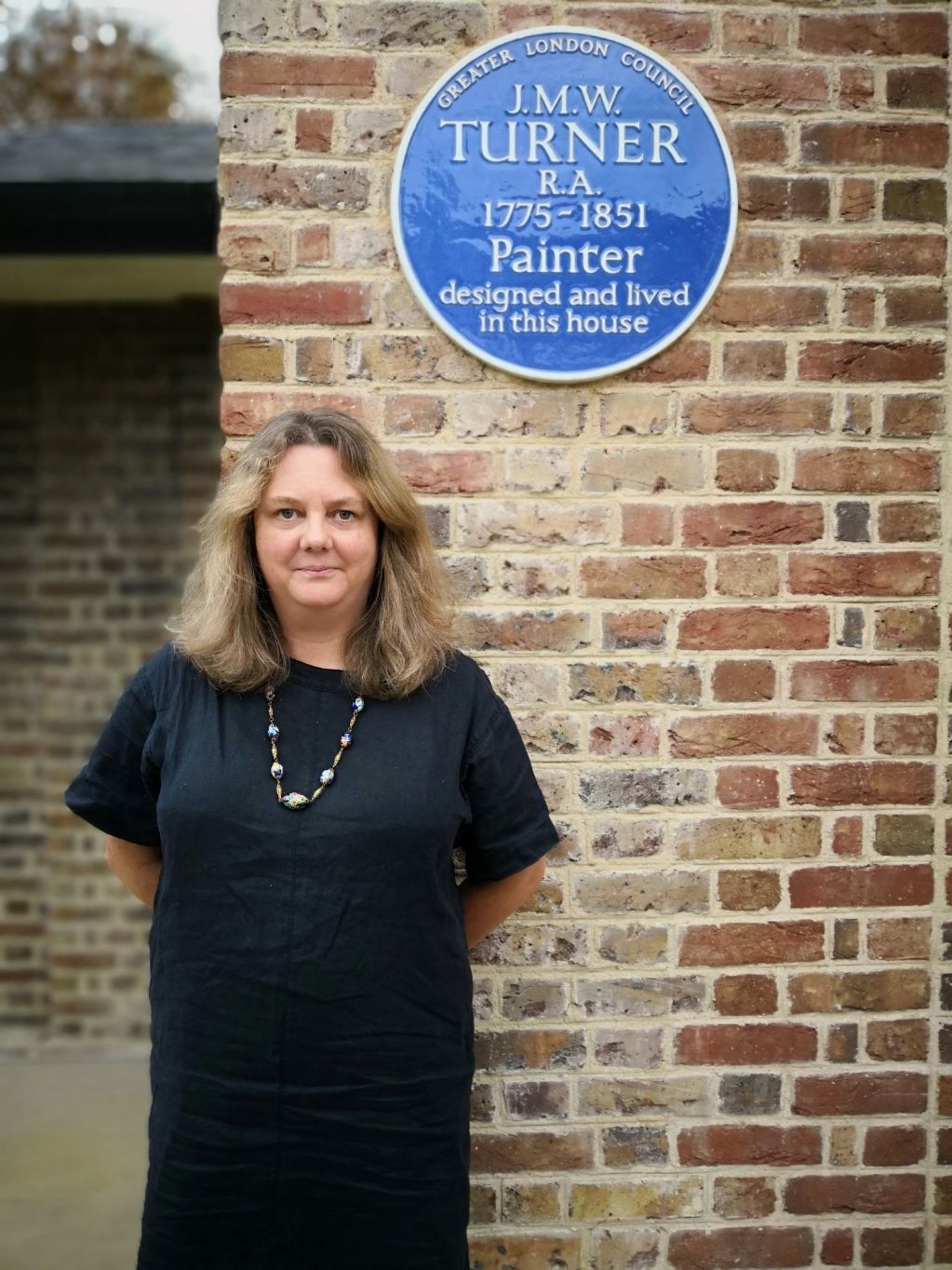 “It’s an exquisite exhibition. You sometimes forget the brilliance of Turner’s sense of colour when he is working in watercolours. They are like little jewels, the watercolours on show here. The exhibition reminds us that Turner was a really popular artist and that in his time …(he was) finding ways of giving a wider public access to his work. Well worth a visit.”

If you missed last year’s sell out exhibition, Turner and The Thames, an interview with last year’s guest curator Andrew Loukes is available here.