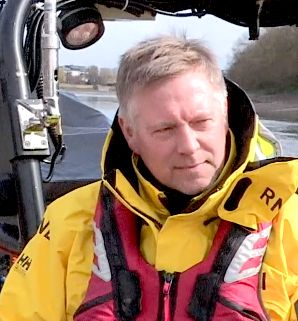 Chiswick Lifeboat Station became operational in 2002, established as a result of the Marchioness disaster. The collision between two vessels on the River Thames in London in the early hours of 20 August 1989 resulted in the deaths of 51 people.

It was to be another 12 years before RNLI stations were established on the River Thames. Now the stations at Tower Bridge and Chiswick are the busiest in the whole of the UK and Ireland.

How long has it taken in the past to establish a new lifeboat station?

Normally it would take many years, most of this time would be carrying out risk assessments, gauging community support, assessing technical feasibility and suitable sites or buildings. Before a station becomes operational three months would be spent finalising recruitment of crew, procurement of boats and training.

When was the RNLI invited to set up a search and rescue service on the tidal Thames?

There were early indications in late 2000, but the formal request from the DoT (Department of Transport) and MCA (Maritime and Coastguard Agency) came through in spring of 2001, initially with a November 2001 startup, which was very ambitious.

Before this there were a number of steps. Once there was the political willpower following a change of government, the Thames Safety Inquiry was set up in 1998. The presiding judge, Justice Clark, made many recommendations.

Most relevant to the RNLI’s involvement were  the recommendations for a specific risk assessment for a dedicated search and rescue service and to consider rearranging the coordination of how search and rescue on the Thames is conducted.

The initial assessments were organised by the PLA (Port of London authority) and subsequently taken over by the Department of Transport. Crucial to how the service operates today was research by the Institute of Naval Safety that led to a first attendance time of 15 minutes with a 25 minute requirement for a second vessel. The MCA was tasked to bring dedicated search and rescue coordination to the Thames and operate with the RNLI as they do on the coast.

Prior to 2002, search and rescue on the river was very fragmented and there was no overview. For the first time there was a clear picture of the need for a dedicated service that could respond to major incidents as well as dealing with day-to-day safety needs for the large variety of river users.

When were you recruited by the RNLI?

I had been a volunteer lifeboat crew in Canada, where lifeboats operate as coastguard auxiliaries. My day job was in the airline industry specialising in emergency planning. I worked around the world in North America, Asia and finally in the UK. I tried to join the RNLI when I moved to the UK, but at the time there was nothing available in West London where I lived and worked – so when I learned in July 2001 about the RNLI service on the Thames going ahead I jumped at the chance. I started in September 2001 to set up and manage the new Chiswick Lifeboat station.

What determined the number and placing of the four lifeboat stations?

To meet the 15 and 25 minutes response times it was clear that four stations would be needed. Their precise location depended on availability of suitable sites.

How was the choice of rescue craft made? 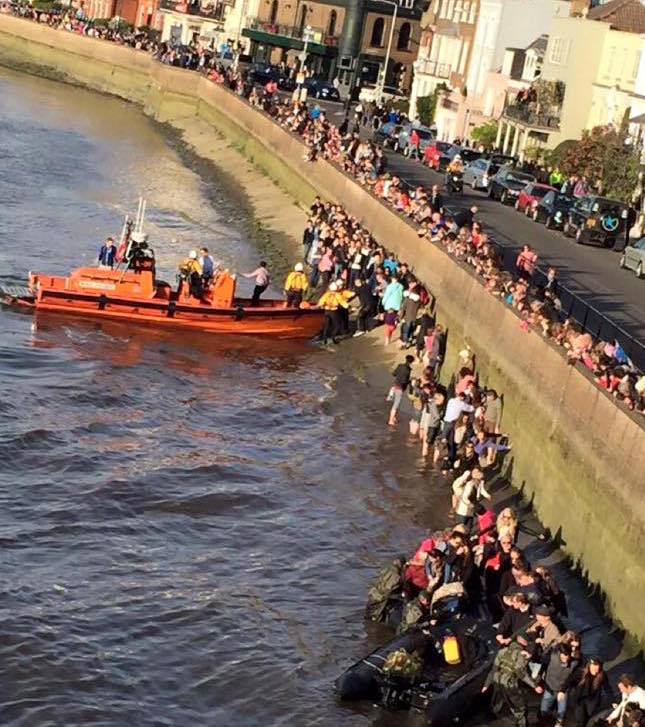 If the RNLI had suitable existing craft they would certainly have been chosen. However, in central and West London it was clear that none of existing craft were appropriate. To meet the short lead time an existing design was chosen. The E class is unique to the Thames  operations and is the fastest vessel in the RNLI fleet.

The Mark I was refitted once and was replaced by The Mark II E class in 2012, though one Mark I is still in service as a relief boat. Development work is proceeding on a future replacement. Alternative fuel options are being considered though none are yet fully established in marine use; in the search and rescue role reliability of the equipment is paramount.

How much training was needed before the service started?

Training of new crews started six weeks before the service became operational. Initially on the Orwell in Suffolk, then continuing in London, working on local knowledge. Chiswick lifeboat became fully operational on the 28th of December 2001, five days before its formal inauguration on 2 January 2002. Crews responded to nine incidents in that time.

What changes in the stations, boats and crews have been needed since the service started in 2002?

Teddington had a second boat and moved to new facilities, the E Class boats increased to crews of four. Tower lifeboat station moved from Tower pier to the floating station by Waterloo bridge. A replacement floating station is in currently under construction and will be installed by the end of 2022.

Gravesend station changed from E Class lifeboats to B Class Atlantics, as used all around the coast, due to the rougher conditions in the Thames estuary.

How does the RNLI relate to other agencies on the Thames – Police, PLA, Fire Brigade, Thames 21, passenger vessels etc?

The crew work with the other agencies every day and there are joint responses in many incidents. However the other agencies have their own a job to do and although they all operate under the International SOLAS (Safety of Lives at Sea) obligations they are not dedicated to search and rescue. All agencies meet together as the Thames Water Safety Partnership.

Did the RNLI expect the Thames lifeboats to be so busy?

The original estimate was 75 incidents per year for Chiswick and 100 for Tower. Chiswick reached 75 in its first 10 weeks and annually has averaged around 220 incidents over the last 20 years. Tower has averaged over 440 incidents each year.

What are the most notable incidents in the 20 years Chiswick lifeboat has been operating?

Of the  4000+ incidents carried out by Chiswick crews several stand out.

Since the RNLI search and rescue service on the Thames started in 2002, Chiswick Lifeboat has attended over 4,000 incidents, rescued over 1,800 people and saved 179 lives.

The RNLI remains a charity that relies entirely on voluntary contributions to continue its lifesaving work. Chiswick RNLI has an active fundraising group and is always keen to have new helpers from the local community.