Image above: Google Streetview image of the A316 alongside Chiswick School.

The decision by LB Hounslow to add more restrictions to the Grove Park Low Traffic Neighbourhood (LTN) scheme has caused uproar amongst residents.

Residents within the Grove Park and Fauconberg CPZ areas will be entitled to register on an exemption scheme which will allow them to use Staveley Road to access or exit the A316 at all times.

Image: Map showing the detour residents east of the A316 will have to make to get to Chiswick rail station by car 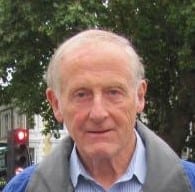 “I’ve been receiving calls all day” Cllr John Todd told The Chiswick Calendar, after the news was announced on Friday 27 August.

“People feel isolated and disenfranchised. If you live in Edensor Rd or Staveley Gardens and you want to take your old mum to the train station or the doctors opposite, you now have to drive all the way round”.

People’s feelings about LTNs are very much coloured by the schemes’ impact on their own particular street. In one road people are up in arms. Cross the road and they’re quite happy. Condemnation of Hounslow’s latest changes was by no means universal. Boris Pomroy Tweeted:

‘Delighted to see #SchoolStreets made permanent, has made such a positive difference in my bit of Grove Park. And great to hear @LBofHounslow listening to residents and enhancing Chiswick School restrictions. Fewer cars = Safer, healthier kids’.

‘Thank you to @LBofHounslow transport team and councillors for a bold decision. Policies that tackle the climate crisis and public health don’t have to be popular to be right’.

The decision was made by the Council to try and deal with the extra traffic on those roads, caused by the introduction of LTNs in Grove Park.

The south Chiswick Liveable Neighbourhood project was introduced in 2020, to try and reduce rat running through the area. Traffic measurement studies have shown that overall there is less traffic coming into Grove Park from the A316, most streets are quieter and residents on those streets are largely happy about the changes.

The studies also show that there’s been a huge displacement of traffic from Staveley Rd, where a barrier was introduced, onto Burlington Lane and Sutton Court Rd. Michael Robinson analysed the figures for The Chiswick Calendar a couple of weeks ago:

‘This indicates an overall reduction of traffic from the A316 to the A4 through Grove Park, but a main route has changed from Staveley Road to Burlington Lane. The barrier at Staveley therefore hasn’t been sufficient to deter drivers (or SatNavs) from using the route via Burlington Lane instead. There is a difference of only 0.2 miles between the length of the two routes’.

Image above: Staveley Rd in spring

A new residents group has been set up for people who live in these two roads to try and persuade the Council that their ‘Low Traffic Neighbourhood’ has made matters much worse for them and to introduce an alternative system using ANPR cameras instead.

Tim Munden, of the Burlington Lane and Sutton Court Rd residents group told The Chiswick Calendar “150 homes have been blighted by what the Council has done. Shutting Staveley Rd is an inadequate response. It’s closed between 08.00 am and 5.00 pm but the rush hour starts at 07.00 am and goes on well after 5.00 pm. This is just like playing traffic Whack a Mole”.

He and fellow residents were outraged when LB Hounslow’s traffic officer Jefferson Nwokeoma said at a public meeting that increased traffic on Burlingon Lane was “a price worth paying” if it meant less traffic on Staveley Rd. He finds it much more dangerous now for cyclists using Burlington Lane and points out that Transport for London’s own admission E3 buses are taking longer to get down the road, adding more pollution.

Key to this decision is the position of Chiswick School, which is bordered by the A316 to the east, Burlington Lane to the west and Staveley Rd to the south. It was never the intention that there should be increased traffic around the school. In the first iteration of the Low Traffic Neighbourhood scheme, introduced in 2020, Staveley Rd was closed to non permit holders around drop off and pick up times.

Chiswick School will benefit from an enhanced scheme, the Council says.

‘New School Street trials were introduced at 23 schools across the borough during lockdown last year. These schemes will now remain in place.’

“School Streets help to improve road safety for pupils, parents, and teachers on their way to and from school, promoting walking, cycling, and reduce pollution in the area around schools”.

The Council has announced that several of the Streetspace schemes introduced in Chiswick are being made permanent. These are the schemes at Duke Rd, Dan Mason Drive, Wellesley Rd, Stile Hall Gardens, Strand on the Green / Thames Rd, Hartington Rd, Harvard Hill and Staveley Rd / Park Rd.

Other schemes in Brentford and Isleworth are also being made permanent.