Vanessa Redgrave has been made a dame in the 2022 New Year’s honours. The veteran actor and campaigner was awarded for her services to drama.

Vanessa Redgrave is regarded as one of Britain’s greatest actors and has received a number of awards, including an Academy Award, a British Academy Television Award, two Golden Globe Awards, two Primetime Emmy Awards, two Screen Actors Guild Awards, and a Tony Award.

She is known almost as much for her politics and campaigning as she is for her acting. She joined the Workers Revolutionary Party in the 1970s, running for parliament several times without success.

She funded a documentary about the situation of Palestinian people, The Palestinian in 1997 by selling her house and in 1984 she sued the Boston Symphony Orchestra, claiming that the orchestra had fired her from a performance because of her support of the PLO. Redgrave won on a count of breach of contract, but did not win on the claim that the Boston orchestra had violated her civil rights by firing her.

She has served as a UNICEF Goodwill ambassador and in 2004, she and her brother Corin Redgrave launched the Peace and Progress Party, which campaigned against the Iraq War and for human rights. She has been an outspoken critic of the so-called ‘war on terror’.

She made her directorial debut in December 2016 in Hammersmith Town Hall with her documentary film about refugees, ‘Sea Sorrow’ about the camps at Calais and the danger and desperation of the Channel crossings. She lives in Hammersmith.

Image above: Vanessa Redgrave in Murder on the Orient Express

Vanessa Redgrave rose to prominence in 1961 playing Rosalind in As You Like It with the Royal Shakespeare Company and has since starred in more than 35 productions in London’s West End and on Broadway, winning the 1984 Olivier Award for Best Actress in a Revival for The Aspern Papers, and the 2003 Tony Award for Best Actress in a Play for the revival of Long Day’s Journey into Night. She also received Tony nominations for The Year of Magical Thinking and Driving Miss Daisy.

One of her recent parts was the narrator, the older Jenny in Call The Midwife. She also played the overbearing mother of painter L.S. Lowry in Mrs. Lowry & Son, with Timothy Spall playing Lowrie.

A member of the Redgrave family of actors, she is the daughter of Sir Michael Redgrave and Lady Redgrave (the actress Rachel Kempson), the sister of Lynn Redgrave and Corin Redgrave, the mother of actresses Joely Richardson and Natasha Richardson, the aunt of British actress Jemma Redgrave, and the mother-in-law of actor Liam Neeson.

Now 84, she was given the award for her services to drama and told the Press Association:

‘I’m surprised and grateful to join this wondrous group of British artists whose work has inspired me and audiences the world over. My generation fought for freedom of expression. Long may this remain.’

Chiswick businessman ‘honoured’ to be awarded a CBE 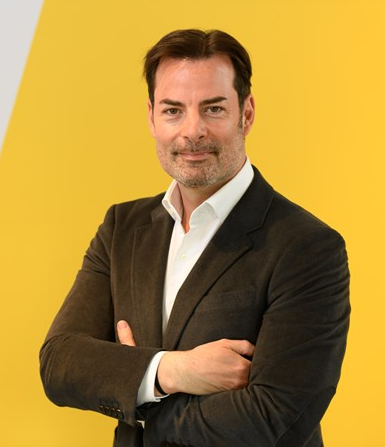 Chiswick resident Steven Cooper, CEO of Aldermore Group, said he was honoured to receive the CBE and that he was passionate about social mobility. The commissioners wrote an open letter to the Prime Minister in October highlighting how ‘the choices people make are circumscribed by the impacts of economic status and place.’

‘The fundamental truth of social mobility remains stark’ it said and ‘we need to move fast.

‘We write now at clearly the most critical time in living memory. The pandemic will have an enormous impact for decades to come. People have lost their jobs, their loved ones, their way of life.

‘With the ending of furlough, benefit changes and a cost of living crisis there are more difficulties ahead. But there is now a huge opportunity to rebuild people’s lives. Trains, bridges and roads are important but people, especially those from disadvantaged backgrounds, should not be overlooked. They need skills, training, opportunity, support and hope, wherever they live.’

Before taking over as CEO of Aldermore Group Stephen was previously Group CEO of C. Hoare & Co, a leading UK private bank, and a senior executive at Barclays. He spent 30 years at Barclays, starting as a branch cashier and working his way up to lead several of their major businesses

Commenting on his CBE he said:

“I am humbled to receive this honour. I’m passionate about increasing social mobility and it’s been a privilege to work with so many fantastic people over the years who are committed to addressing disadvantage and exclusion.”

The Social Mobility Commission is a non-departmental public body sponsored by the Cabinet Office.

Image above: Nina Andersen with some of the hand written correspondence

Nina Andersen, a Sixth Form student at Latymer Upper School in Hammersmith, has been awarded a British Empire Medal (BEM), which are awarded to people for a ‘hands-on’ service to the local community.

Nina, 18, who lives in Putney, is being recognised for her intergenerational initiative, known as ‘Community Senior Letters’, a non-profit community project which matches students in schools with residents in care homes.

It has given the elderly people involved a human connection which has helped to ease feelings of isolation and loneliness, which have been exacerbated by the pandemic.

The idea of connecting primary and secondary schools with care homes was inspired by her visits to care home residents before COVID-19. Nina felt writing letters could really help to lift spirits and put a smile on the residents’ faces, while the students involved develop valuable skills – not just writing but also kindness and empathy.

She single-handedly linked almost 70,000 school children from primary schools in London, Edinburgh and Dublin as well as schools over 20 different countries internationally with care homes in their areas.

More than 250 care homes and more than 250 schools, both in the UK and internationally, have become involved, writing hundreds of thousands of letters. There have been letters sent from all corners of the globe – North America, Europe, the Middle East, Africa and Asia.

The scheme has had coverage all over the media, including items in CBBC Newsround, The Telegraph and The Independent. Nina has also been recognised in the prime minister’s Points of Light Award, Children and Young People Now: Children’s Achievement Award and Hammersmith & Fulham Covid-19 Champion Award.

Nina and her initiative also feature in One Hundred Reasons to Hope, the book that Captain Sir Tom Moore was working on before he died and Nina is now working with The Captain Tom Foundation to promote her own book, as they share a similar mission – reducing loneliness and bridging the gap between young and old people.

See also: Chiswick RNLI celebrates 20 years of search and rescue on the Thames

See also: Met to increase number of police officers on the street